I’m serving my dog Cesar® home delights™ as part of a sponsored series with Socialstars. #CesarHomeDelights

Last year my boys and I were able to convince my hubby that a dog would be a great addition to our family.  To be honest I wasn’t sure if it was the best idea but I wanted to give it a try for my boys and myself.  I work from home and it gets pretty quiet and lonely during the day, I had visions of a cute little white fluffy dog sitting on my lap and keeping me company. 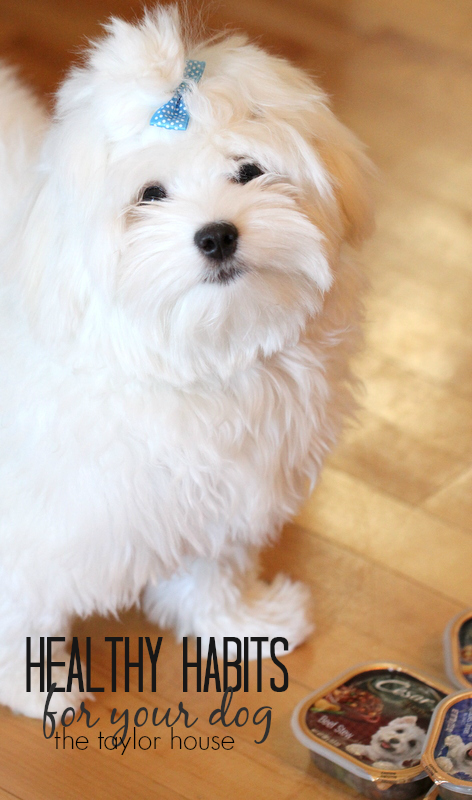 This is where Lily came in.  I found her adorable little face online at a local breeder and fell in love.  My boys and I made the hour drive to see her in person and bring her home.  When we arrived we couldn’t find her in any of the cages and after asking found out she was pulled back for someone else.  We started looking around and holding other adorable dogs, we really could have brought them all home but I had my heart set on this perfectly white little girl and after a while the shop owner told me that it had been an hour past the arrival for the people who had called to reserve her and brought her out to us.

As soon as we held her, we knew she was coming home with us.  She’s a doll and the perfect addition to our family. I never ever would have thought that we would have a fluffy child in our house, but that’s really what she is.  Spoiled rotten in every way but she’s such a good dog.

Since I was a “new dog Mom” I did a lot of reading online with what to do and what not to do with your new dog.  Things they can eat and can’t eat.  I found a lot of great information that has worked for us.  I thought I would share some of the ways to create a healthy lifestyle for your dog! 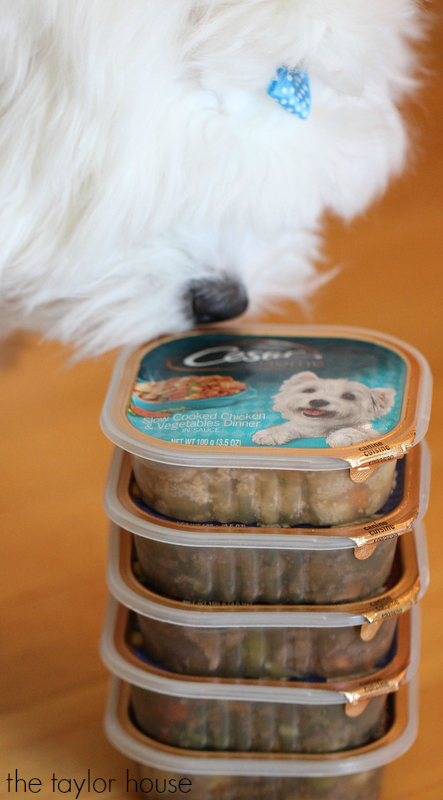 A Healthy Lifestyle For Your Dog

Walks Are Important (or exercise in general) – Dogs really need to run and wear off energy.  They’re not made to sit around ALL day long so make sure to take the time for a nice walk every day.  They’ll sleep better at night too!

Make Sure They Get Good Sleep – Just like people I’ve found that if Lily doesn’t get enough sleep at night she get’s crabby, naughty and just isn’t herself.  She really does have a bedtime just like the rest of us so she gets enough rest and sleep at night.

Don’t Feed Table Scraps – This is a habit that we have banned from the start.  I do not want to have to worry about an overweight and unhealthy dog so we keep our food to ourselves and off the floor.  Lily doesn’t beg for food either this way.

Feed Them Delicious Food – Since we’re not feeding Lily table food we like to give her options that are similar to what we’re eating. With Cesar® home delights™, Lily is eating practically the same classic favorites that we do, only it’s the dog version that’s specially made for her.  Because of this, Lily LOVES Cesar® home delights™

Last night we had a slow cooker pot roast and Lily had the Cesar® home delights™ pot roast with spring vegetables dinner.  She was such a happy dog! 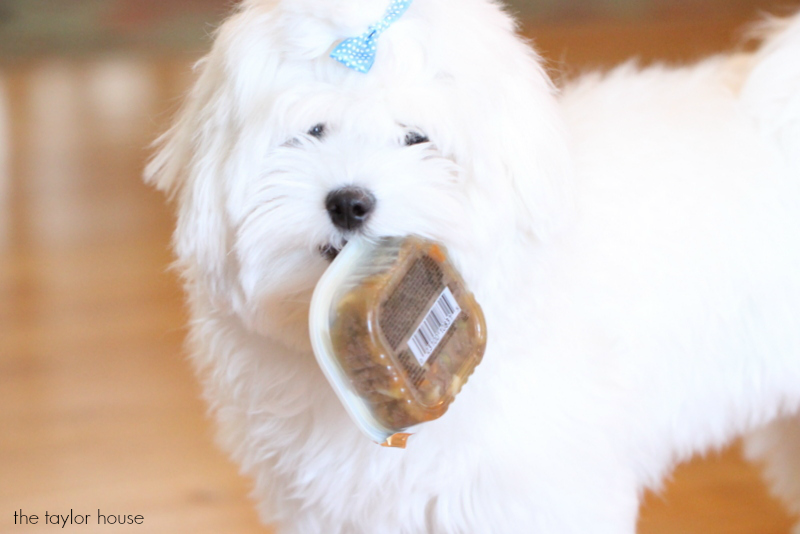 Lily loved the  Cesar® home delights™ pot roast with spring vegetables!  She even found the unopened trays and brought one to me because she wanted more! 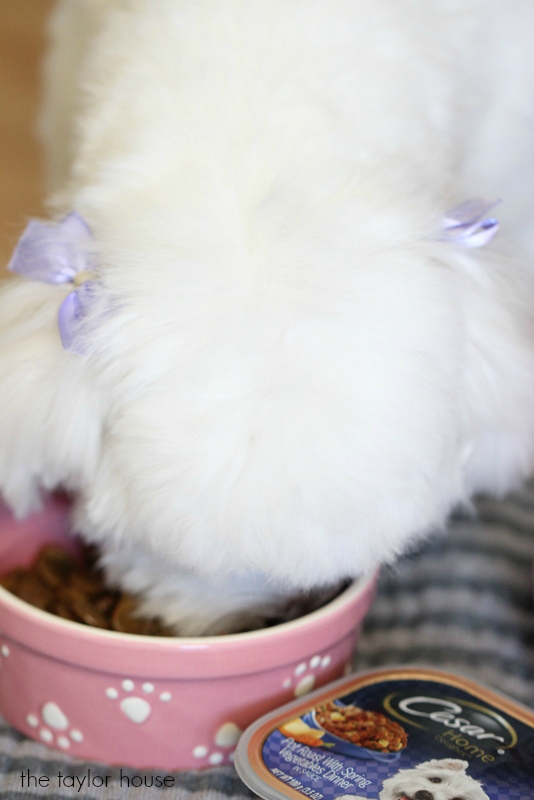