“I am a member of the Collective Bias®  Social Fabric® Community.  This shop has been compensated as part of a social shopper insights study for Collective Bias®  and Walmart Family Mobile.  #FamilyMobileSaves #cbias #SocialFabric” 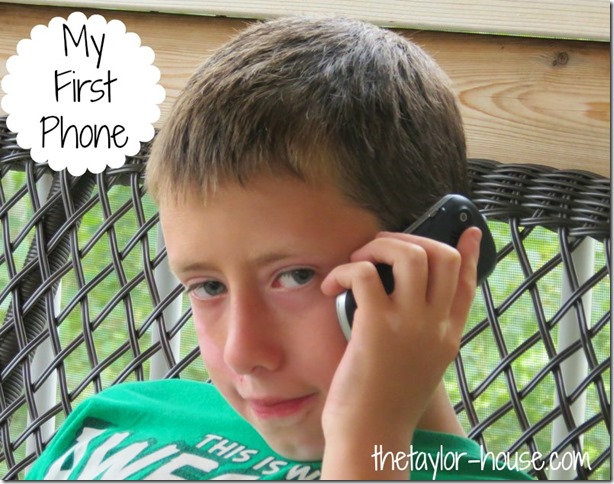 We decided to get my oldest son his first cell phone about a month ago and I wanted to give you all an update on how it is working for us.  If you didn’t read my first post with all the details be sure to stop over and check it out.

My oldest turns 11 years old tomorrow, which in my book, was pretty young for his own cell phone.  He had be asking and begging to get one but I was hesitant and unsure of how it would work.  I pictured him call and texting friends at all hours of the night and abusing the phone privileges.

I didn’t want to add him to the current phone plan that I was on because of the prices.  There was no way that I was spending that kind of money every month.  I started researching and trying to find a cheap wireless plan that was reasonably priced without having to sign my name in blood with a two year contract.

We ended up finding the best wireless plan  Walmart Family Mobile with unlimited talk and text plus no contract with one of the lowest price rate plans at $29.88 a month.  If we were going to suck it up and get him a phone, this seemed like the best option.  The phone it’s self is a Alcatel 606A, it has a slide out keyboard that allows him to text easily.

How My Son’s Cell Phone Has Made My Life Easier

Getting my son his own phone has helped me out in a few different ways.  This may sound completely selfish, but it’s true!

My kids have a lot of friends on our street, and they are always playing at someone’s house.  Back in the Pre-cell phone days, I would go walk the block to find where who they are were playing with and get them for supper or to leave for soccer.  Now that we have the phone, I can call or text my son and he is home within a couple minutes.  Lazy on my part?  Maybe, but boy do I love it! 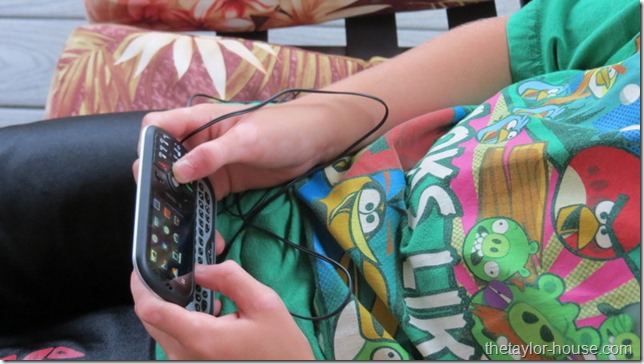 My son has four numbers in his phone: Me, Dad, Nana and a friend in Iowa.  He has been able to call and text his Grandma so much more.  They have a very close relationship and by him having a phone of his own, they are able to keep each other up to date on what’s going on in their lives.  I don’t have to give him my phone to call her.  I have looked through the phone a few times and they text and talk to each other quite a bit!  I love that!

I have put parental controls on his phone, mainly so that he does not get calls during the night or school hours.  They were simple to set up.  You can adjust times they can call or text, amount of texts and much more.

Teaching My Son About Money and Paying Bills

One of the great things about the Walmart Family Mobile plan is the reasonable price.  Less than $30 a month is a reasonable price for unlimited talk and text.  I have always said that my boys would pay for their own phones when the time came and for this cost, that makes it easier for them.

Even though my son is 11, he still has “jobs” that he earns money for.  It’s usually for helping his Dad or I on projects that aren’t normal every day things like pulling weeds, moving bricks, or cleaning out the garage.  He is able to help us on a regular basis and save up enough to pay his cell phone bill on his own.  That means he has to first earn the money, save it up and then pay his bill when it’s due.

These are three skills that he will need as an adult later in life and by starting him out small, he is getting a head start on those things. 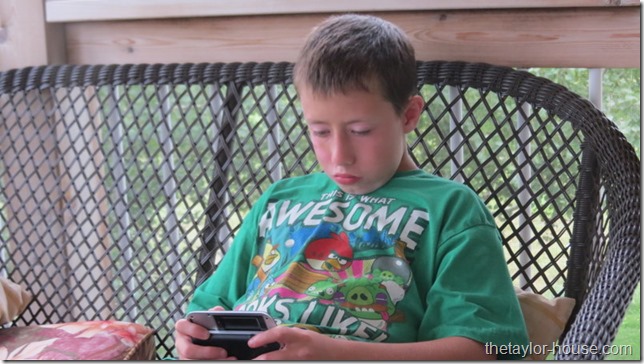 Overall, our first cell phone experience has been great!  My little guy has really shown that he is responsible enough to use the phone properly and not abuse the privilege.  Plus, it has taught him a lot about money and bill paying.

Homemade Applesauce in the Slow Cooker