Who’s been on a Disney Cruise? It’s amazing, isn’t it? We went on our FIRST Disney Cruise and they also had MARVEL DAY AT SEA on our trip. The trip was everything you know and love about Disney PLUS superheroes!! Guys, it was AMAZING and I would take this trip over and over again! 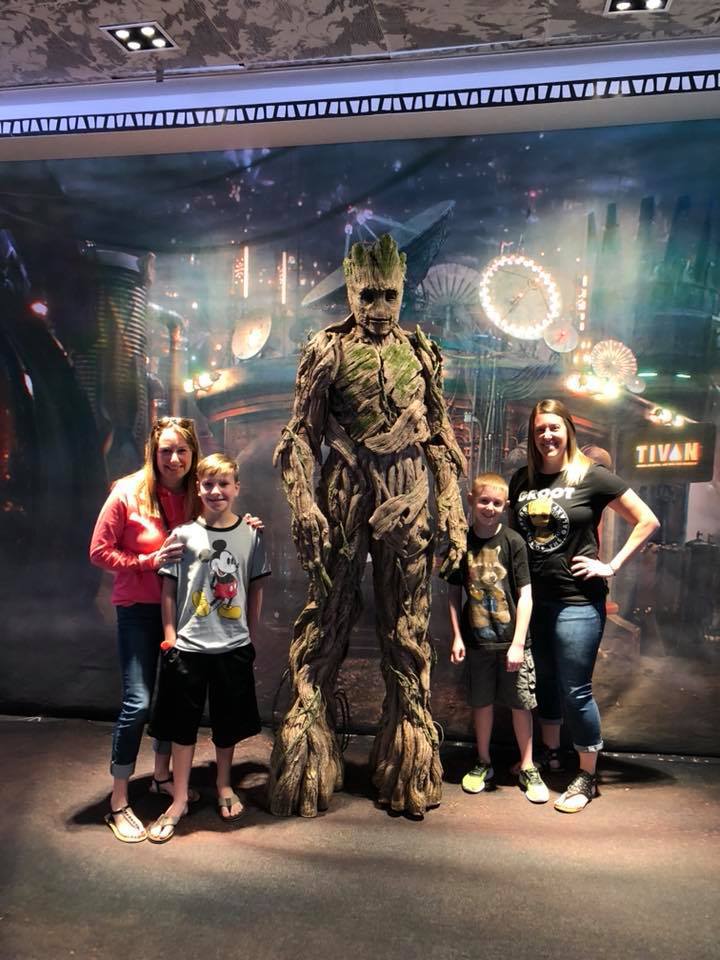 I was thrilled to work with Disney during this trip! I learned so much and have so many things to share with you.

MOVIE SCREENINGS
Catch the newest Marvel Studios blockbuster at the Buena Vista Theatre—plus take in a movie marathon featuring past hits. We had the chance to see Black Panther on our cruise! It had just hit the theaters a week before so it was a new movie and the kids were so excited to see it!

All day at the pool there were different Marvel movies and cartoons playing too! 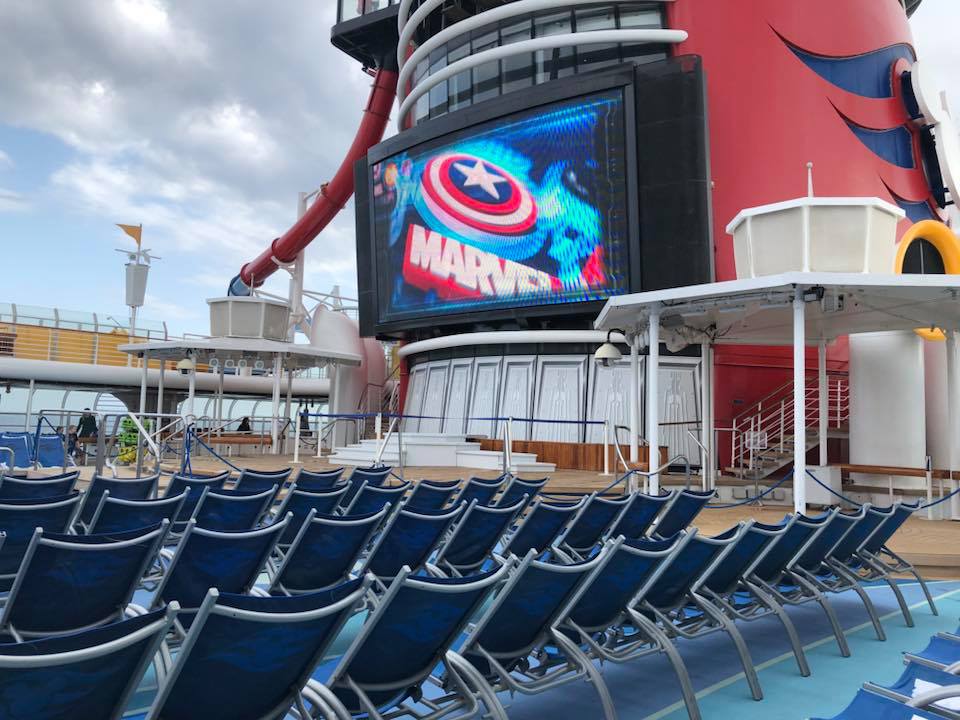 Learn how to draw popular Marvel Super Heroes—like Spider-Man, Captain America, Iron Man and Groot—and take a quiz to determine the perfect Marvel comic for you.
Throughout the day there were several different times that you could attend the Animation Academy, my son loved this so much! He learned to draw all his favorite superheroes! I think he did pretty darn good too! We framed this drawing for his room after the trip! 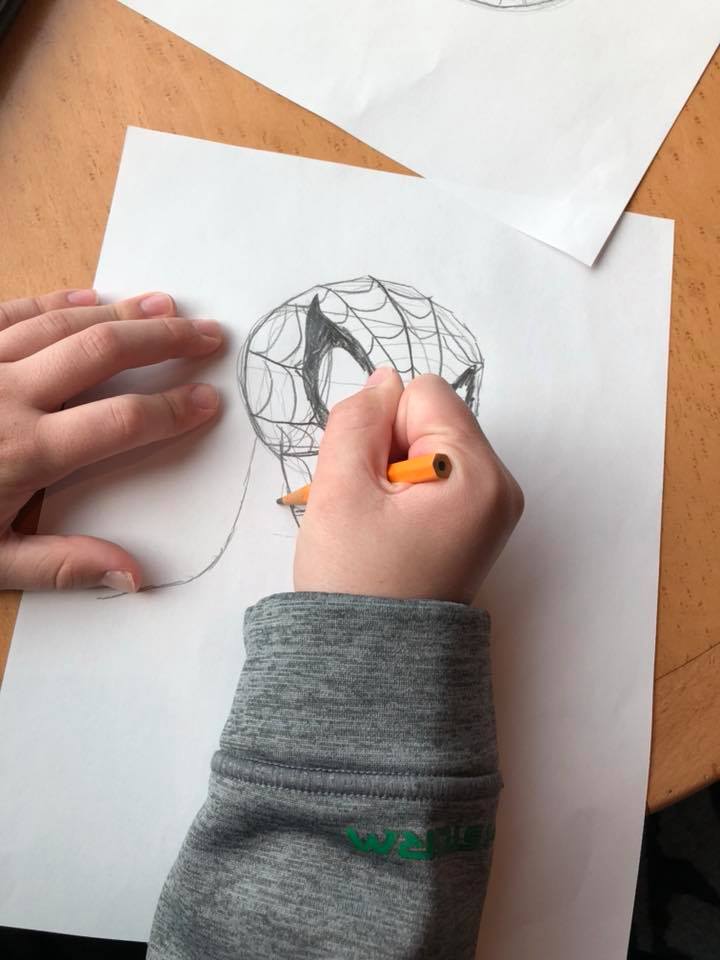 KIDS CLUBS
Marvel-themed craft-making, games and special programming are available to young heroes inside Disney’s Oceaneer Club. Kids can train to become secret agents, learn the path to becoming worthy with Thor, and hone their reflexes, speed and intellect with Spider-Man.

I’ll be honest, the kids didn’t make it to the kids club on Marvel Day At Sea – we were so busy with all the meet and greets with the superheroes as well as other events throughout the day.

A battle of wits! Unleash your inner fan with challenging games designed to test your knowledge of Marvel’s heroes and foes. There was a one on one challenge as well for those die-hard fans that know all the answers to every single question! I was surprised by the amount of knowledge that they had and it was so fun to watch and learn things too! 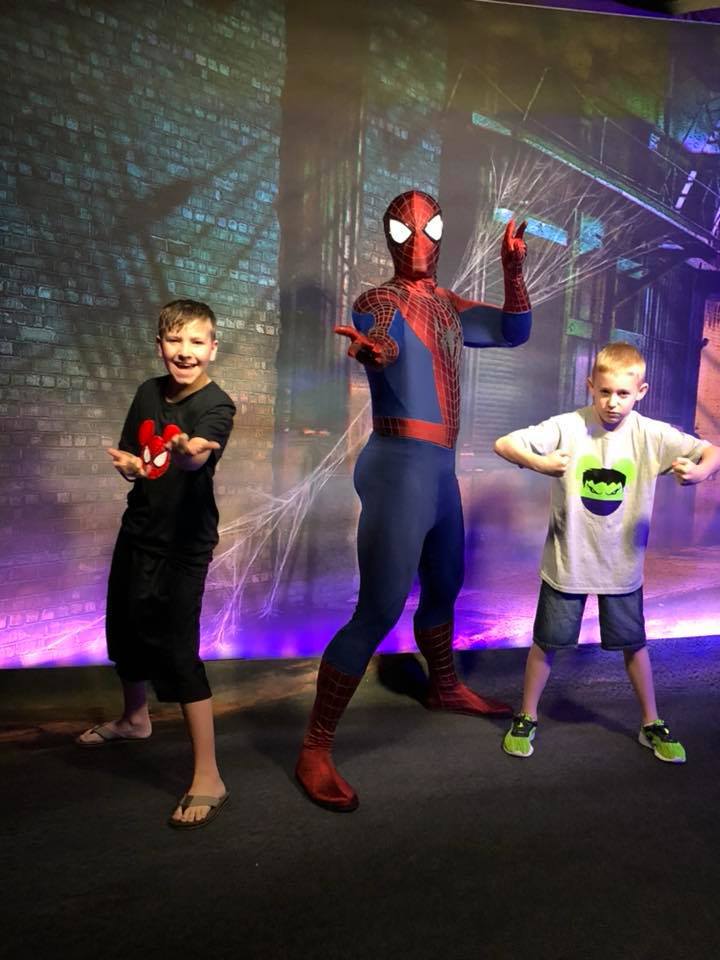 Families assemble for a nighttime show where more than a dozen of your favorite Marvel Super Heroes—and villains—come together for a grand deck-side extravaganza featuring pyrotechnics and fireworks.
What I loved most about the show was the way they included the audience and made it feel like a real Marvel adventure. The fireworks were pretty awesome too! We loved this show and my son said that it was the BEST PART of the trip! I think I heard him say this multiple times so you know Disney knocked it out of the park with this trip!
I had the chance to sit down for an interview with the entertainment director, It’s amazing the amount of work that goes into these little extra events like Marvel Day At Sea. Just adding in the second day of fireworks (Pirate Night has fireworks too), is a really big deal! 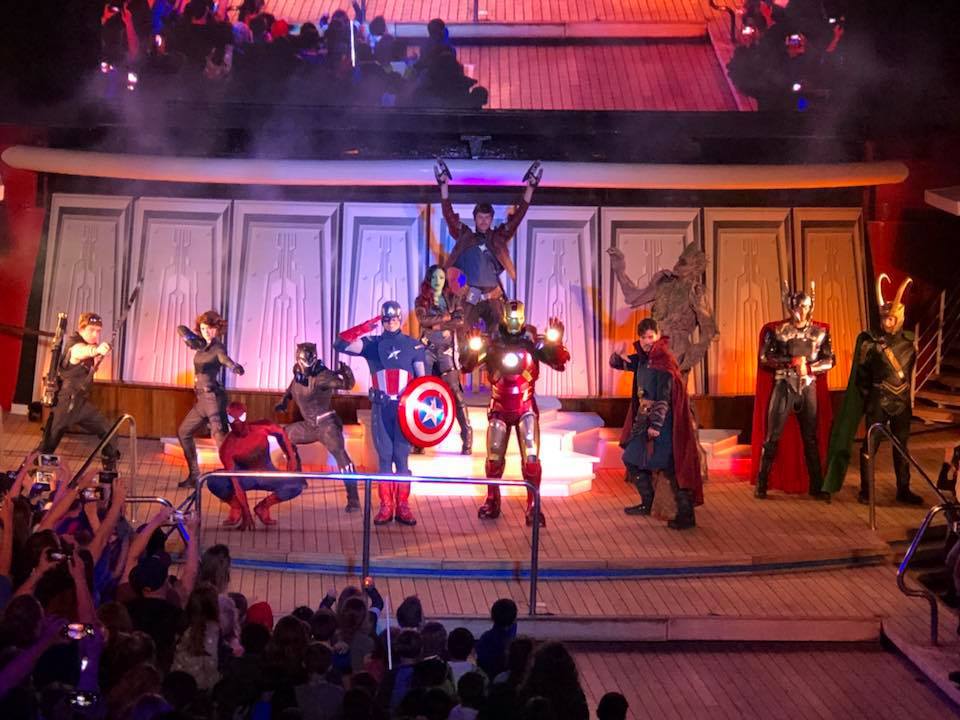 These were our favorite parts of the Disney Cruise Marvel Day At Sea! Find out more about the cruise and details to book your own trip over HERE!

Worst Mistakes to Make on a Cruise

The Secret for Saving Money on Disney Dining