Last night my youngest son and I had the chance to see the prescreening of Disney Planes.  My little guy was beyond excited to be able to see the movie before his friends and more importantly his older brother. 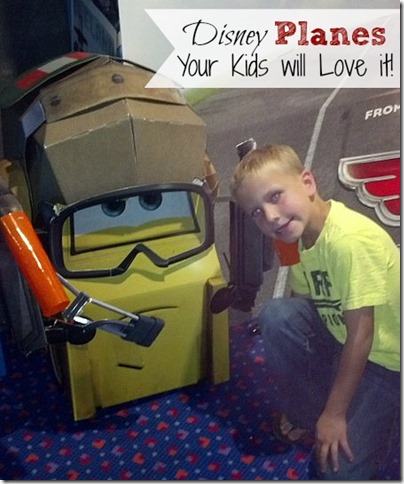 I got to meet another local Minnesota blogger, Ashley and her son, for dinner before the show and we got to sit together during the movie.  My son insisted that I take a photo of him in his “important person” seat at the movie. In all reality, he just happened to get a chair with a note taped to it but I let him think that it was for him. 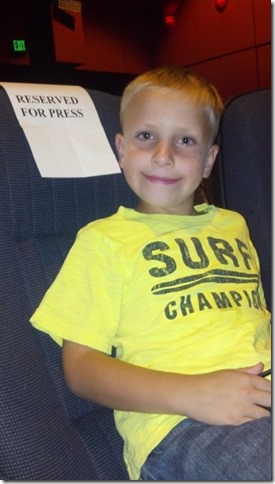 During the movie I am pretty sure that Ashley and I were laughing louder and harder than our boys during most of the show.  It was adorable and hilarious all in one! I loved it!

This was a 3D movie, which made it all the better.  I kept noticing my son reaching out, he must have thought he could actually touch things in the movie.  It was great!

There was even a little big of an emotional part at the end of the show that I admit, I did tear up during.  Disney movies, they get me every time.

I know that so many kids have been waiting for this movie to come out this summer and I think they will love it.  My son said it was a great show and he loved it just as much as Cars, which is a lot because we still watch that show over and over!  I’m sure we will be going to see this show again with my oldest boy and hubby and I’m totally ok with that! 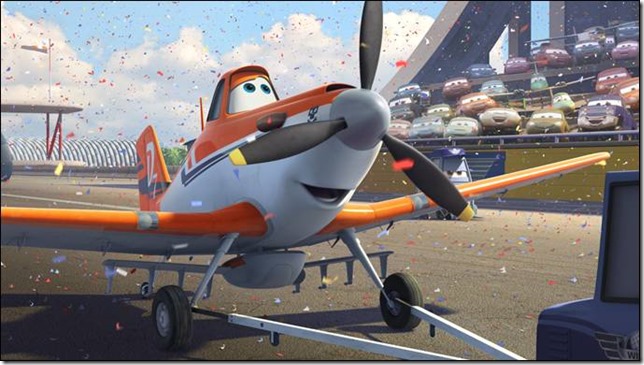 Be sure to check out #DisneyPlanes on Facebook and Twitter and make plans to see the movie when it comes out tomorrow August 9th!

A Perfect Day at the Minnesota Zoo