My boys and I were so excited to receive tickets to the Twin Cities Harvest Festival & Maze so that we could try it out and see what we thought.

I love fall, it’s my favorite time of year!  All the pumpkin patches, apple orchards and fun activities to do with the kids outside is awesome before the cold winter sets in.  The winters here in Minnesota are long and cold, so finding activities like these in the fall are really great!

We actually went yesterday, my boys are on MEA break and we have two days off to have fun together.  They were so excited because I told them about this amazing corn maze that we were going to get lost in.  They were sure that I would get lost and they wouldn’t (possibly the truth). 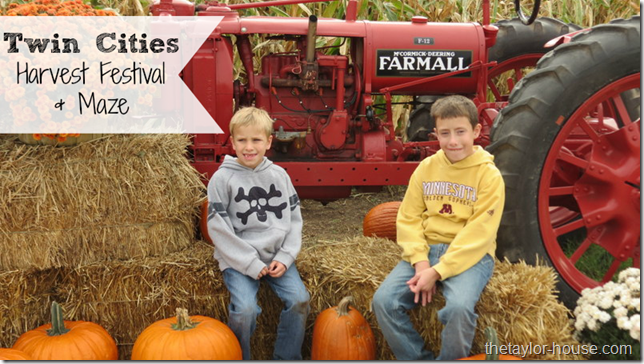 Of course, being boys, the first thing we did when we got the Harvest Festival was eat.  I mean, we can’t go anywhere without getting food.  Serious people, these boys can eat like it may never happen again.  So, they had some amazing hamburgers and fries.  If you are going and plan to be there at lunch time, plan to grab these or there awesome cheese curds!  Yum! 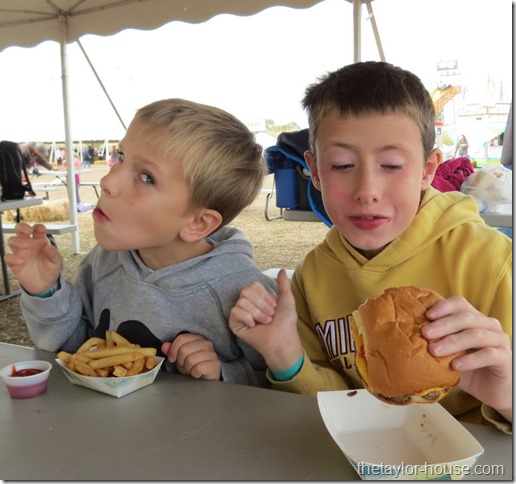 After we had full tummies, we were off to get lost in the maze.  I can get lost anywhere, so this wasn’t completely unrealistic to think! 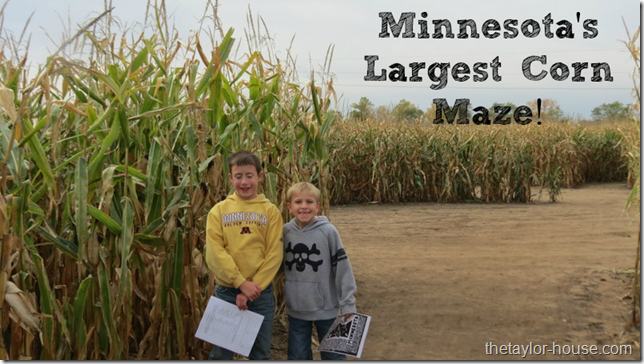 My little guy was the leader, because he always knows where he’s going, so he says. 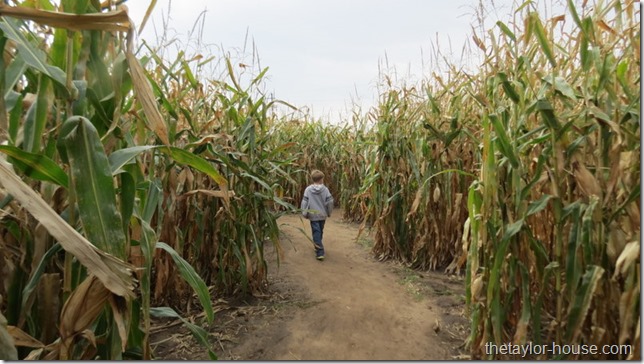 He wandered around for a while, sort of finding his way through the maze and really just having fun trying to get us lost.  I think.  My older guy decided to take over and actually try and follow the map. 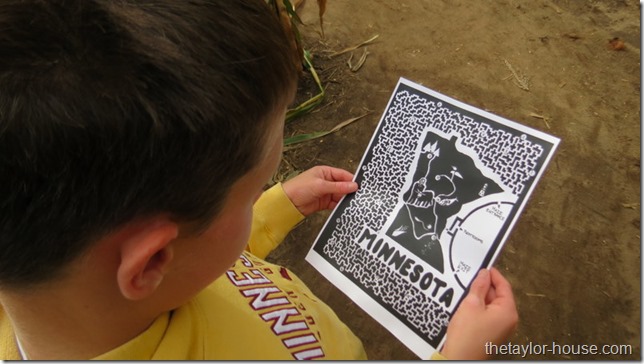 He did better, much better!  Do you see that map?  This thing is huge!  What I loved is that there are marked spots in the maze so that you know that you are on the right path, and where to do next. 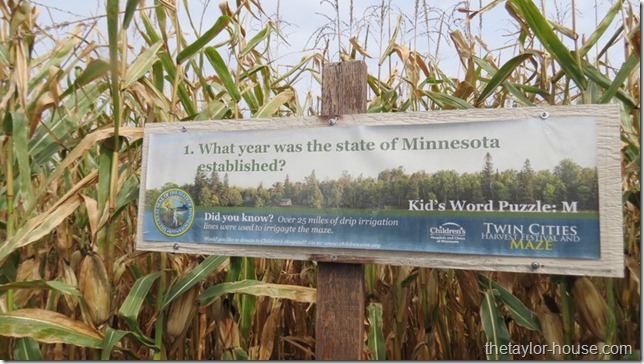 We had so much fun in the maze, trying to find the right way to go and racing to see who could find the next turn that would get us to the next sign.  My boys had a blast and so did I! 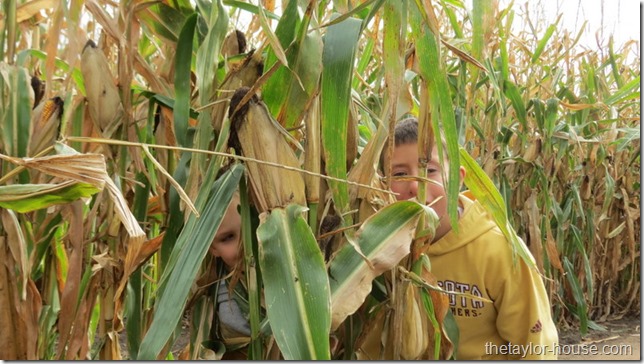 We eventually found our way out or the maze.  There are so many other things to do at the Harvest Festival!  We spend most of the afternoon there!  My boys loved the bounce house, rock climb, and the bungee jumping. 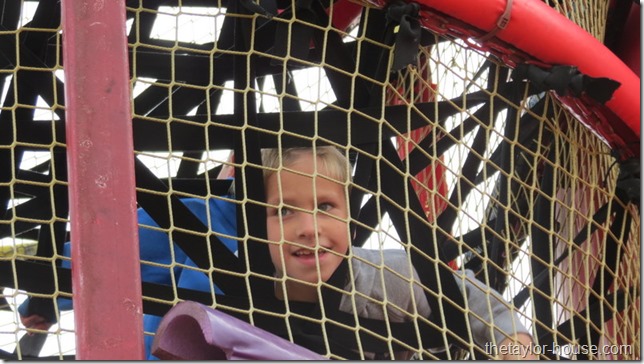 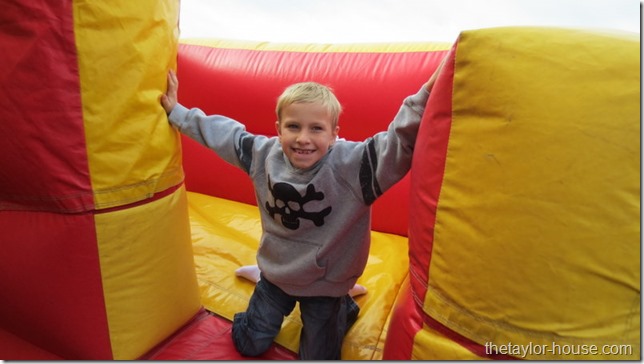 My little guy was a flipping fool on the bungee jumping, he was doing two flips at once and having a blast doing it! 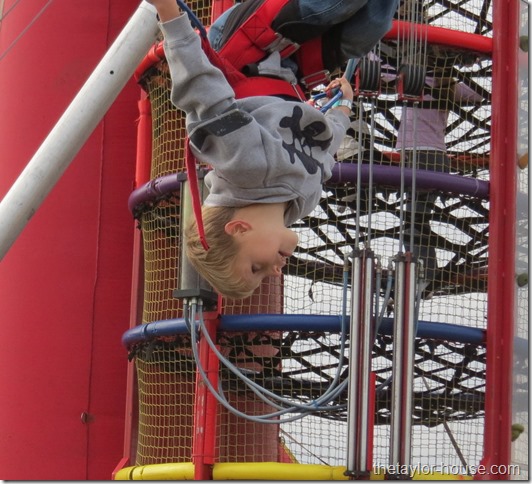 There is also a big are for the kids to jump around on hay bales and my boys spent a lot of time playing hide and go seek on them.

We ended out day with the giant slide, where they got to race each other.  Everything’s always a competition with these guys but they have fun doing it! 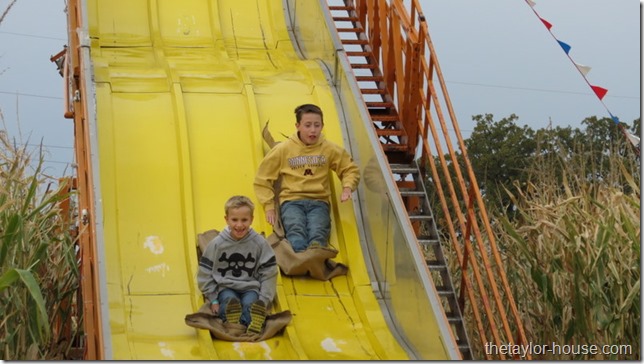 We had a blast at the Twin Cities Harvest Festival & Maze and it will be a new yearly tradition for us!  If you are in the area, your kids would love it!

Bert Bouwman is an experienced farmer and corn maze developer. He’s an exclusive grower for a major Twin Cities supermarket chain and is the only grower in the state of a new hybrid of sweet corn. He and his wife Molly, along with the five kids, also run 2 produce stands in Brooklyn Park and Chanhassen.

After years of farming, Bert Bouwman and family set out to have their own corn maze. In his first 3 years of operating the maze, Bert has raised over $74,000 for local charities including the Twins Community Fund and the Minnesota Military Family Foundation. This year, Bert is proud to donate a portion of every ticket sold to Children’s Hospitals and Clinics of Minnesota.

An Easy Way to Decorate Pumpkins