This summer there’s a brand new Star Wars movie being added to the franchise – SOLO: A Star Wars Story – the untold story of Han Solo. Be sure to add this to your MUST SEE MOVIE list for 2018!!

We have great tips on how to get your kids into Jedi Training at Disney World too if they’re HUGE Star Wars fans and want to  – check that out if you’re headed to Orlando for Spring Break!

I have to be honest, until I had boys – I wasn’t a huge Star Wars fan. GASP! My boys love anything and everything Star Wars so much and have shown me what it’s all about so that I have a real appreciation and love for the movies just like they do.

We’ve had many Star Wars marathons at our house, watching them all over a long weekend.

Now, at our house, we are ALL excited and anxious for the new Star Wars films, like this one! Solo will be open everywhere this summer on May 25! Make sure to mark your calendars so you won’t miss this amazing movie! 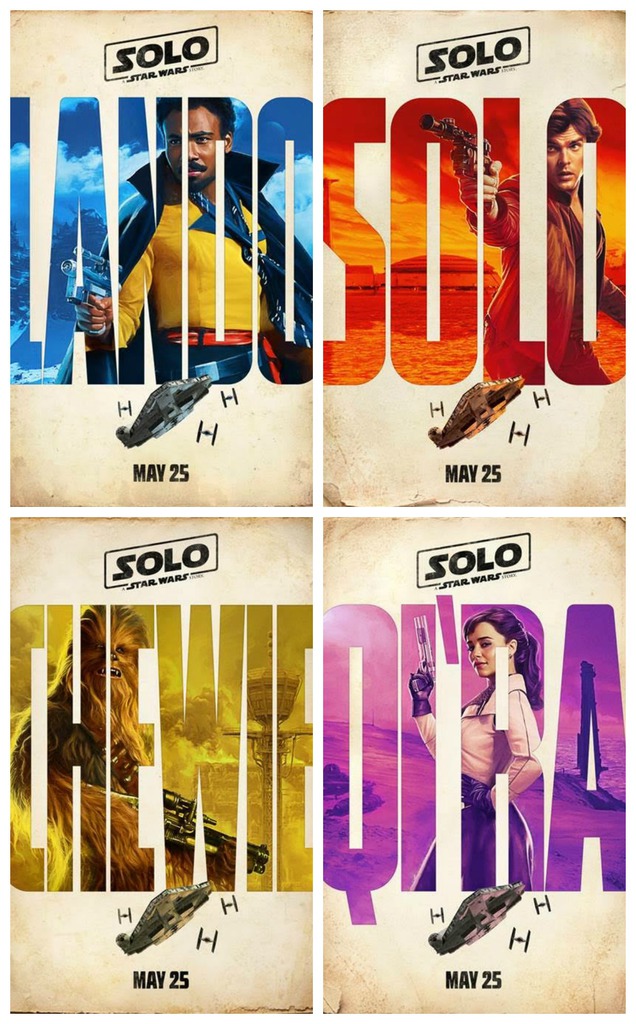 Board the Millennium Falcon and journey to a galaxy far, far away in SOLO: A STAR WARS STORY, an all-new adventure with the most beloved scoundrel in the galaxy.

Through a series of daring escapades deep within a dark and dangerous criminal underworld, Han Solo befriends his mighty future copilot Chewbacca and meets the notorious gambler Lando Calrissian, in a journey that will set the course of one of the Star Wars saga’s most unlikely heroes.

SOLO: A STAR WARS STORY opens in theatres everywhere on May 25th!