After seeing Christopher Robin, my life has been forever changed. As a mom, I’ve taken time for granted and this movie has helped me realize that I need to slow down and enjoy life a little bit more.

Marc Foster is the director of Christopher Robin and he’s one of the best directors I’ve ever interviewed. I enjoyed interviewing Marc Foster for several reasons. One reason was that he was the brain behind Christopher Robin. Marc Foster has an excellent reputation for being able to create amazing movies. Obviously, he did not disappoint with this movie! 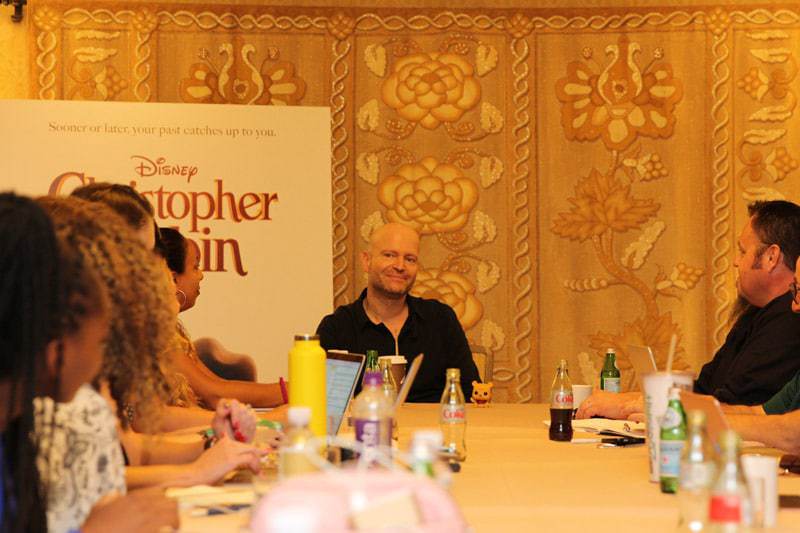 Christopher Robin is about family connections. I could see that from the very beginning of the movie. I couldn’t wait to find out why Marc Foster decided to bring this movie to life!

Why the Christopher Robin movie?

Until I was able to sit down and interview Marc Foster, this question really circled around in my head. Marc Foster is super talented, so I couldn’t wait to hear his answer to this question.

I was in a plane with my daughter, and we were flying to a vacation, and she’s watching an iPad with a Pooh cartoon. She suddenly turned to me and said, ‘hey can’t you make a movie for kids once? All your movies are dark and for grownups, and I can’t watch any of them.’ She was six at the time, and I said, yeah, why don’t we do Pooh, jokingly. And then ultimately, I started, I came back, and all the stars aligned. And three year later, we made Pooh. 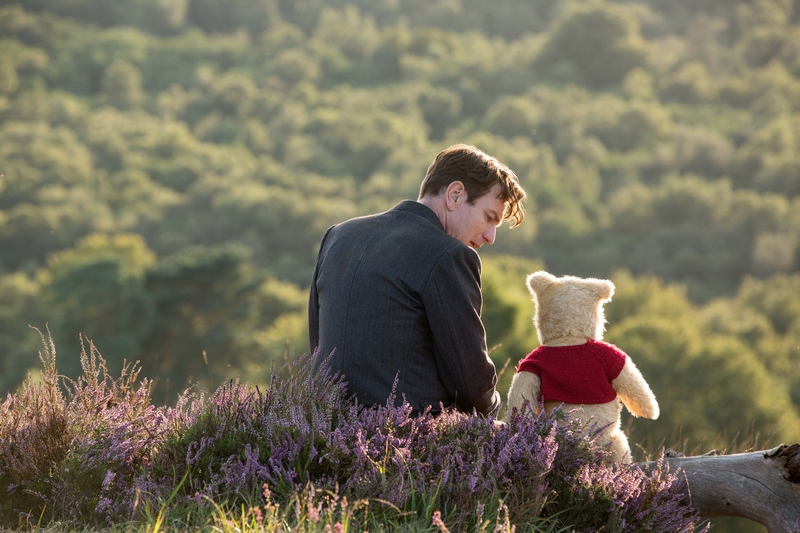 Why was Ewan McGregor chosen?

Clearly, in a movie like Christopher Robin, you need an actor like Ewan McGregor. Marc and Ewan have worked together before, so it made sense that they’d work together in this movie too. I loved his response to this question!

He’s so good, but the one thing is there’s something about, he’s so likable and so lovely. You want to just connect with him and you want him [Christopher Robin], that his heart opens again, and he becomes playful and reconnects with his family.

And so you really root for him, and it was really crucial to have an actor who has that sort of ability because otherwise, you suddenly don’t connect with him or don’t want to root for him, just say okay, rather you not connect with your family again. 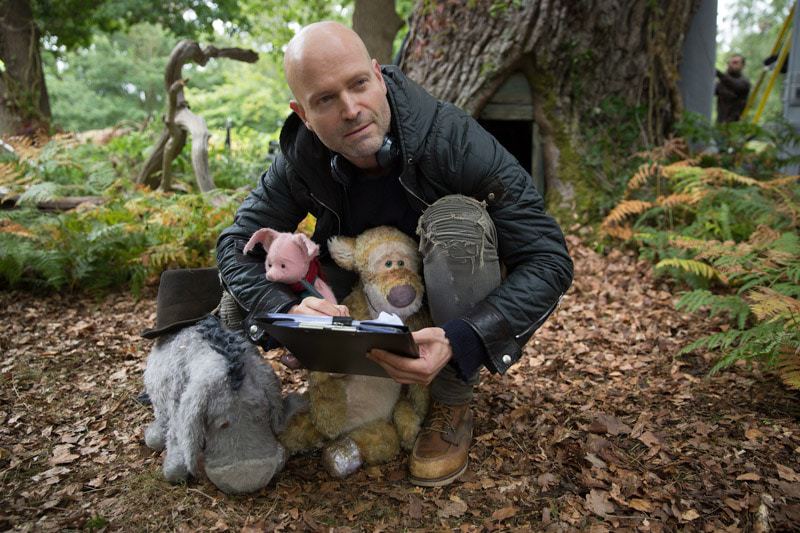 What symbolism can we find in the movie?

Isn’t it fun to sit through a movie and try to figure out what Marc is trying to tell us? Symbolism is a huge part of this movie and that makes me happy! I love watching movies that have meaning and are trying to teach us something

I wanted the film to end suddenly with him, Ewan, with his sweater too short. It’s like the film is too short as well. I just thought it was funny. The daughter leave the drawing for him, and when she finds the drawing and says I didn’t realize you could draw as well, then he hits the table, and then the honey falls down. It’s sort of like, the honey obviously is supposed to then wake up Pooh. Because the idea was that when he actually sees the drawings that’s sort of when they come back in his consciousness and that’s sort of like when the animals come alive again, in a sense.

Marc Foster can’t give away everything in the movie, which is why you need to go and see it! The more you watch it, the more you understand what he’s trying to do in the movie. It’s pretty cool.

What do you want people to take away from this movie?

The movie for me is ultimately about love. His redo sweater is sort of like this metaphor for love. I always felt like it’s about the heart. I think it’s so important to have hope, joy, and really – it’s about love. Pooh is about love and reconnecting with the people you love. We are all guilty of that, you know. Everybody works so much today that to find the balance between work and the people you care for. I don’t want to talk for everybody, but I think that mainly the generalization is we don’t spend enough time or attention with the people we love. I think why we’re here is to connect with one another.

If that response doesn’t give you goosebumps, what will? Christopher Robin is a movie about love and I felt that the whole way through. If you have been following around in the interviews, you know what we’ve asked each person “who is your favorite character?” I was curious about Marc’s favorite character because he’s the creator. His answer was just as awesome as I expected it.

I definitely think for me it’s Pooh and right second it’s Eeyore and Piglet. I have definitely Eeyore and Piglet sides of me. I wouldn’t say, I’m a very big optimist, but there’s still sometimes where I think, ‘oh it’s too late, too this,’ and there’s sort of Piglet moments of worry and fear creeps in and suddenly I think, ‘what am I doing?’ But I think that Pooh has the gift to be very Zen, I think. 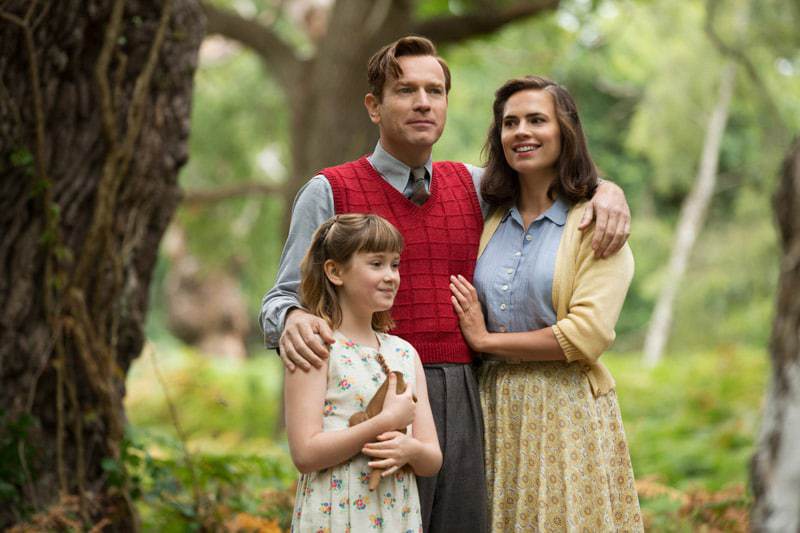 What was your favorite scene from the movie?

I think for me one of the scenes which I love is the center scene when Ewan McGregor sits down next to Pooh and explains to him, he isn’t himself anymore, and apologized to him. Ultimately, seeing that, that hug and then Pooh says, “you’re squeezing me again.”

I just love it because ultimately, it’s about Ewan waking up. Christopher Robin realizes who he really is and what he has become and from then on, he makes a change. And then when he’s in the train and starts playing the game that Pooh played earlier, it’s sort of very sweet. 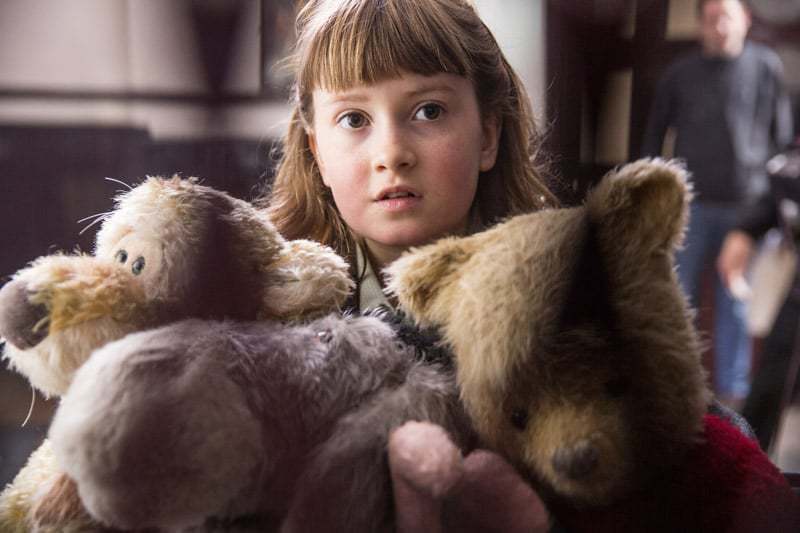 Man, this was such a powerful scene and I am looking forward to seeing it again. Christopher Robin is all of us in this movie. We all have to wake up and realize who we are and what we have become. Time changes all of us in some way shape or form, it’s what we do with it that matters.

I could give you an interview after interview, but you really need to go see this movie yourself. Christopher Robin is the movie of the year and the decade, go see it. 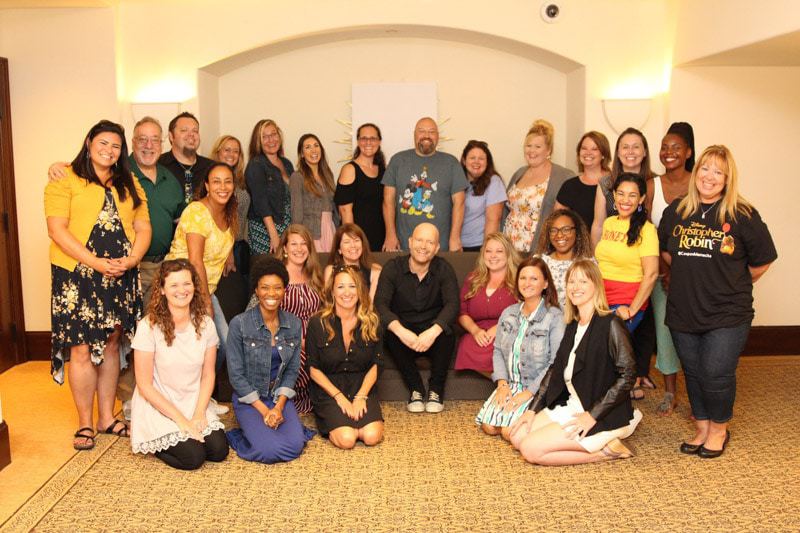 Christopher Robin is now playing in theaters everywhere! GO SEE IT, you won’t be disappointed.

An Interview with Bronte Carmichael