Star Wars: The Last Jedi is out on DVD today!! 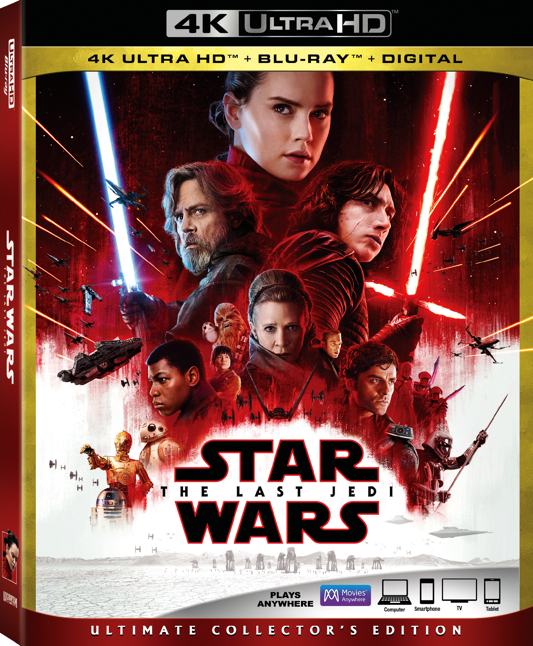 From the moment the opening credits scroll off to a faraway galaxy; to the final sequence accompanied by John Williams’ score; the Star Wars eighth installment delivers high energy storytelling with breathtaking action scenes!

The Last Jedi does a great job of furthering the adventures of new heroes Rey, Poe, Finn and BB-8. In the end, however, it is the Skywalker saga that overshadows the overall narrative. Whereas the Force Awakens was very Han Solo-centric, this film is all Luke’s.

Many of our most anxious questions are answered in the film, in a two hour and thirty two minute run time. Who are Rey’s parents? What is this Snoke guy up to? What has Luke been doing all these years? Perhaps most importantly, what is a Porg?!

Direction Rian Johnson takes the wampa by the horns as he helms his installment of the sacred franchise. Johnson’s Star Wars is consistent and true to the ambiance of the previous films. However, he is not afraid to stray into new territory. This includes new planets and locales, new hardware and technology as well as weird new creatures to enjoy.

We are graced with the presence of our old screen friends Artoo Detoo, See Threepio, Nien Numb, Admiral Ackbar and Master Luke Skywalker. Sadly, it is the last scenes with the late Carrie Fischer, General Leia ,that remind us that it is time to pass the torch to new storylines. AS Kylo Ren reminds us to “let the past go.”

Consequently, it is the character of Leia who began the saga with simple hope; An emotion that rings rue throughout the legacy of the Star Wars films. 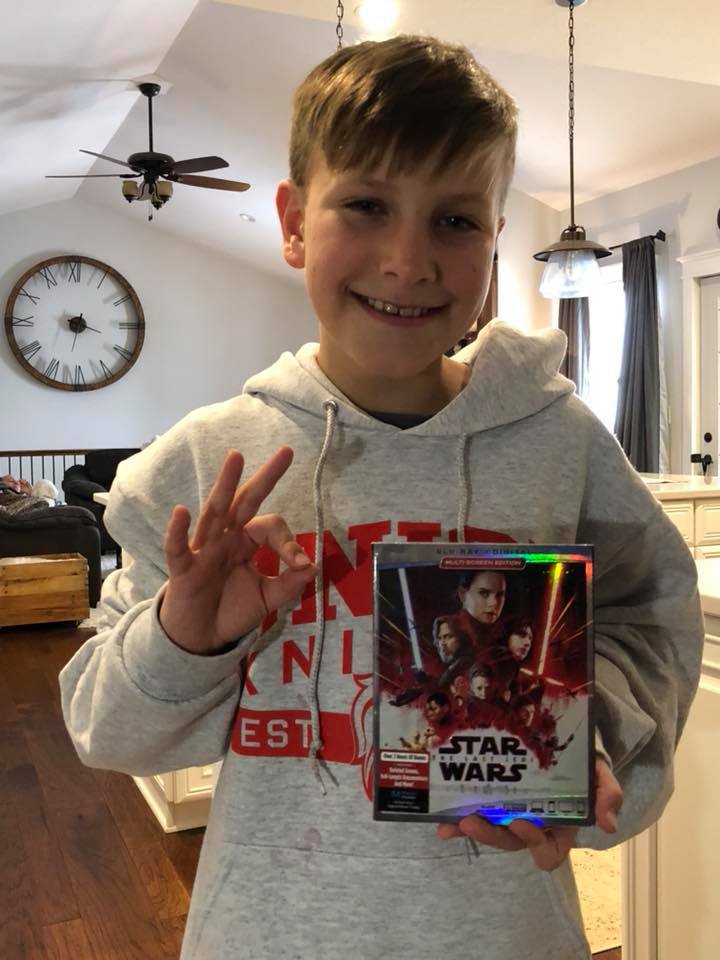 Director Rian Johnson takes fans on an intimate journey into the creation of Star Wars: The Last Jedi in a feature-length documentary, explaining his unique interpretation of the Force, detailing the painstaking process of creating Snoke, and deconstructing action-packed scenes from the film such as the epic space battle and the final confrontation. Johnson also reveals two exclusive scenes, featuring Andy Serkis as Snoke prior to his digital makeover, as well as 14 never-before-seen deleted scenes, in addition to his audio commentary.

ABOUT STAR WARS: THE LAST JEDI:

In Lucasfilm’s Star Wars: The Last Jedi, the Skywalker saga continues as the heroes of The Force Awakens join the galactic legends in an epic adventure that unlocks age-old mysteries of the Force and shocking revelations of the past.