My little guy loves his breakfast, everything from eggs to French Toast. I can’t really complain because breakfast is my favorite meal as well. I thought it would be convenient to make some French Toast Sticks and stick them in the freezer for the week. So, we could grab them out and heat them up quickly on busy mornings. These Simple Cinnamon French Toast Sticks are so easy to make and the cinnamon gives them a little twist on plain French Toast. 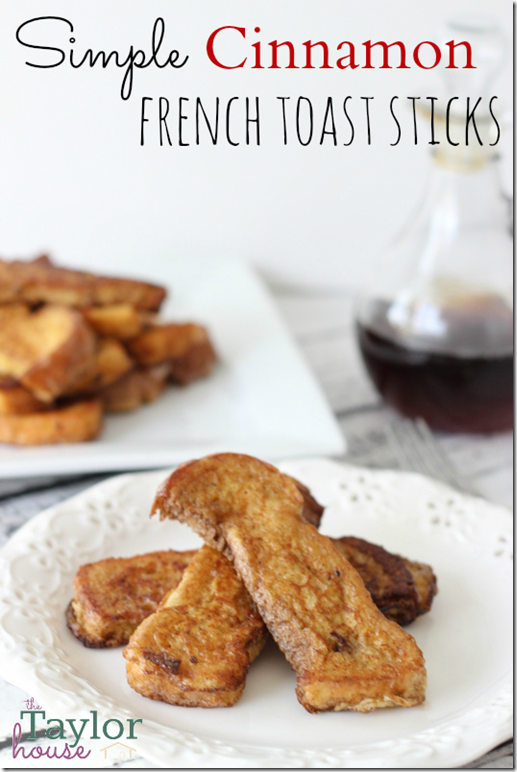 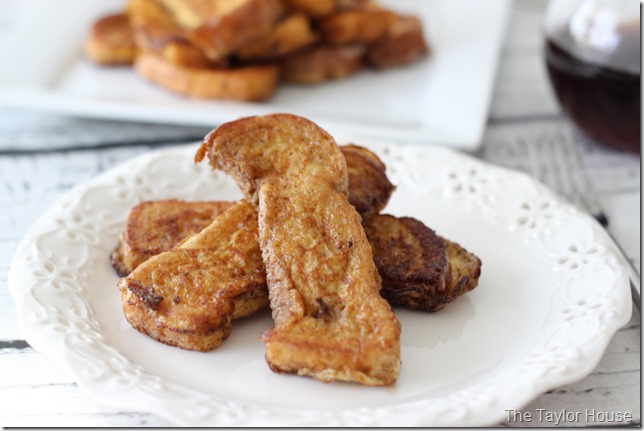 Step 2 – In a large bowl, whisk together the eggs, cream, cinnamon, sugar and vanilla

Step 3 – Melt the butter in a pan on medium heat

Step 5 – Eat right away with Maple Syrup or after they have cooled down you can freeze the French Toast sticks until you are ready to use them.  When you are, pull them out and microwave for 30 seconds or until they are warmed and ready to eat! 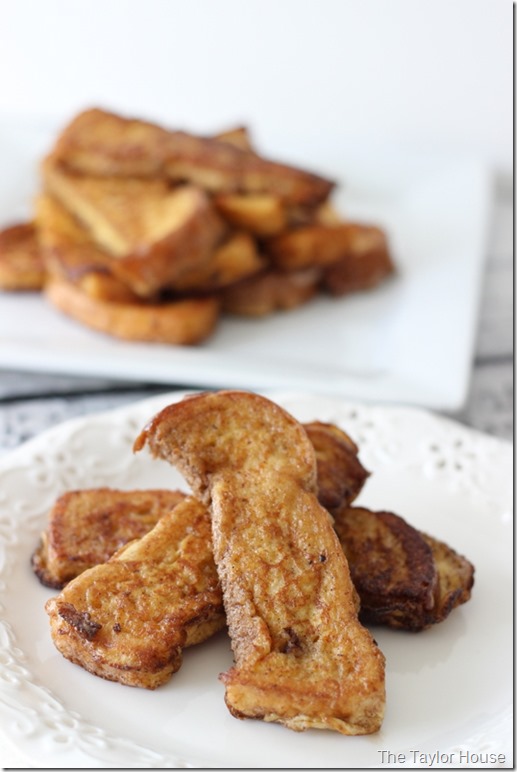 My little guy also likes dipping these in his maple syrup, so giving him a small dish with the syrup works great.  We have also topped with whip cream and strawberries for a yummy different breakfast option for the week!

I love that these freeze well and make breakfast easy during the week!

You can find more Breakfast Recipe Ideas on our Pinterest boards!