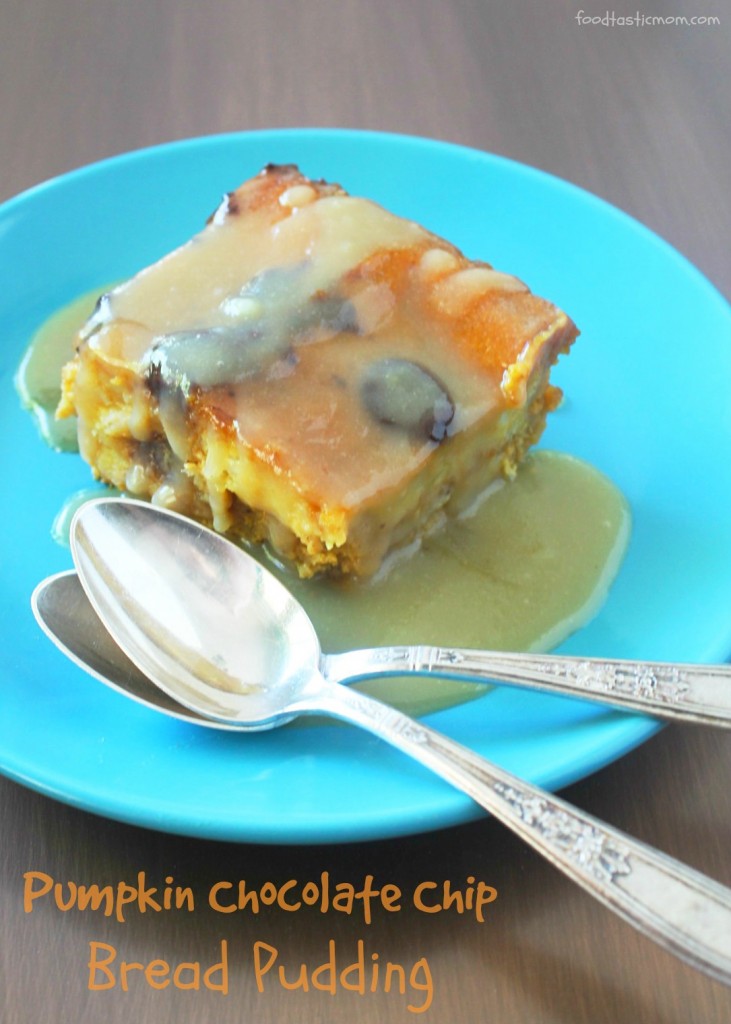 Happy Fall and everything pumpkin season! It’s me Jill (aka Foodtastic Mom) again, sharing here with Chrissy a must-make pumpkin dessert recipe that is totally tailgate party worthy. In fact, I made it for our own Cincinnati Bengals season-opener against the Baltimore Ravens. The Bengals won, which now has me thinking I’ve gotta make a pan of this pumpkin chocolate chip bread pudding for every game this season. I hope all my friends are willing to come to our house and help eat it. A slab of this decadence requires at least a quarter of flag football play to counteract its effects!

It is totally worth it though. When I saw Flavor Mosaic share this recipe for pumpkin bread pudding with praline sauce, I knew immediately I had to make it myself. Now while I love pecans, my kids aren’t always on-board with eating them. I think pumpkin and dark chocolate go so well together, so I decided to add some deep, dark chocolate Ghirardelli chips to the pudding and top it with the same gooey butter sauce, just minus the pecans. 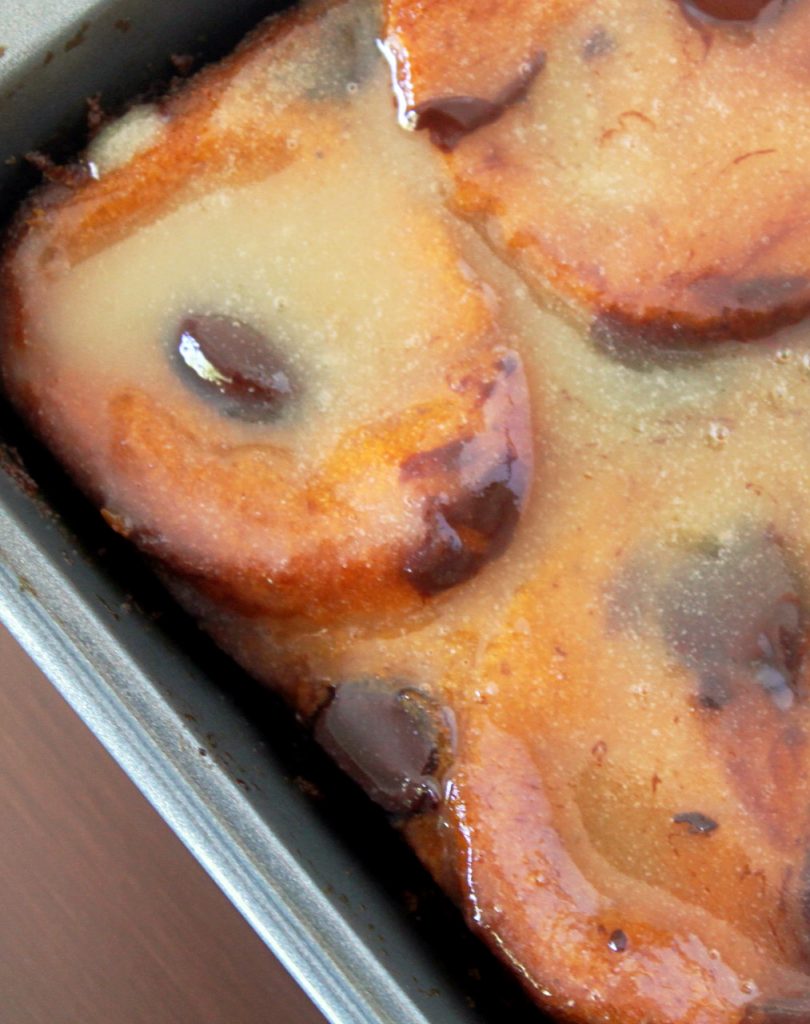 And a word about this sauce for my Cincinnati friends… my husband and I are frequent visitors to a local Italian Cincinnati restaurant called Bella Luna that is practically world famous for their own bread pudding. It’s drowned in a rum butter sauce that is ah-mazing. It’s really more about the sauce than the pudding itself. Well, this recipe comes pretty close to imitating that drinkable, awesome sauce. And know that despite the two sticks of butter it calls for, I did pour less than half on top of the baked pudding, then drizzled each piece with a bit extra when serving. So, if you really want to, you could halve the sauce recipe.

However if you do go easy on the sauce, may I suggest seeking out this deep dark chocolate ice cream thanks to Turkey Hill? Talk about over the top. This dessert just went from decadent to divine! There are pumpkin recipes and then there are PUMPKIN recipes. This bread pudding is a must this season! 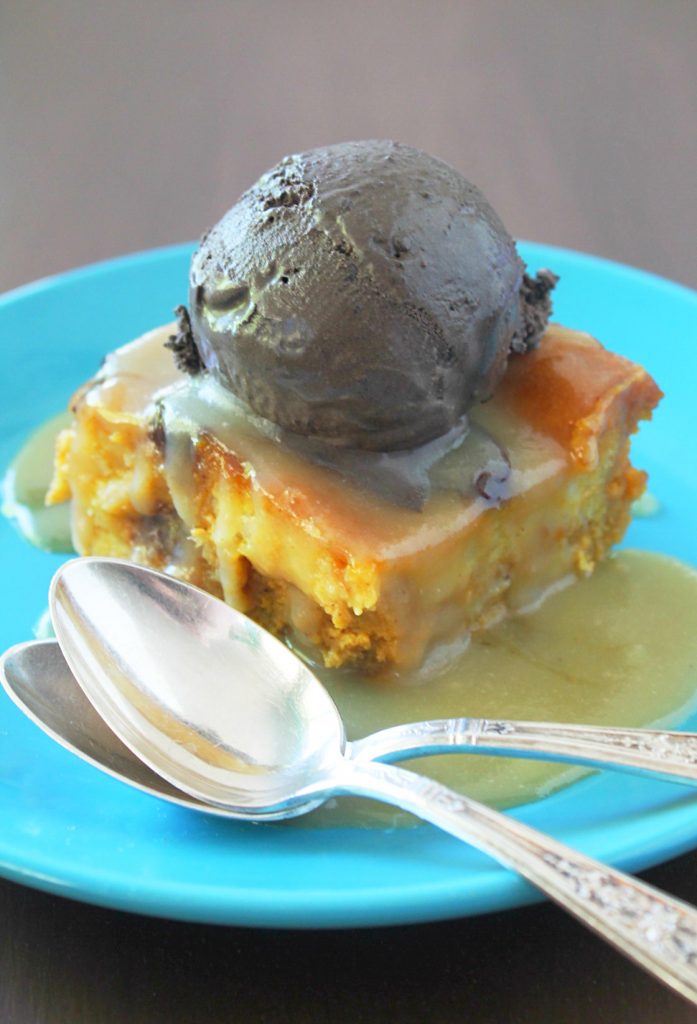